5. Memorizing the names of Polyatomic ions

Generally, polyatomic ions have suffixes that end in “ite” or “ate” if they contain oxygen atoms.  Chloride shown below is not a polyatomic ion, it’s a monoatomic ion consisting of only one atom.

Examples of other polyatomic ions:

Look at the names of each polyatomic ions above.

The small group of non-metals in the periodic table below commonly form bonds with oxygen, and they are also able to combine with oxygen in a number of ways to form different oxyanions. 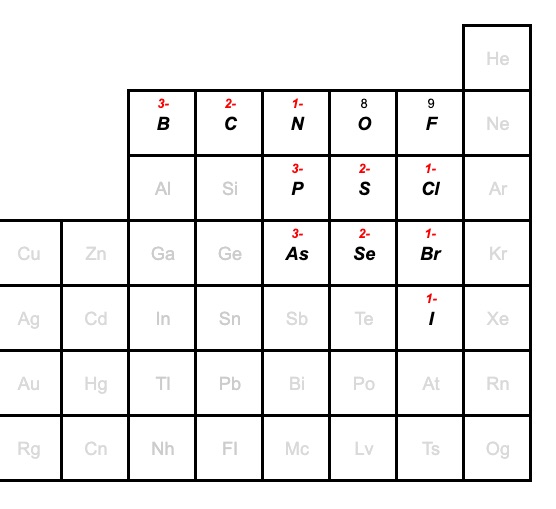 As far as the naming goes, the group of elements (B,C,N,O,F, Br and I) will have naming pattern shown above for the chlorine family.

The four elements inside the group (P,S,As,Se), their names follow the same pattern but they have an extra oxygen atom.